Most IT experts in the world would be surprised on this: the small sized floppy disk was invented by a Hungarian, Marcell Janosi. Before him, the commonly used disk was the 8 inch sized, very flexible IBM floppy disk. This was big, vulnerable to physical damage and was difficult to transport.

The original concept of the 3-inch hard case floppy disk was developed in 1973 by Marcell Jánosi, a Hungarian inventor of Budapest Radiotechnic Company (Budapesti Rádiótechnikai Gyár - BRG). It was the MCD-1 cassette- based floppy disk, it could have been a world success but instead of it other foreign companies produced 3- and 3.5-inch floppies which spread worldwide. 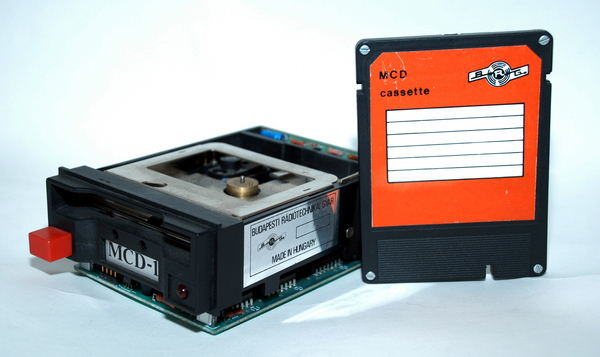 Janosi patented his invention, but did not lengthen the patent period. His floppy used one side of the disk to store data and the theoretical storage capacity was 200 kilobytes. 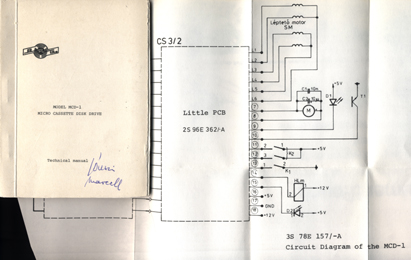 In fact IBM was the first company to show interest in the floppy, and they were soon to create their own 8 inch version. Jack Tramiel, General Manager of Commodore was in agreement with Hungary for the product, but the negotiations weren’t successful: the bureaucratic socialist company was unable to cooperate with the multinational company. Later on, Japan also produced a floppy disc, which was mostly reminiscent of the original Janosi floppy. 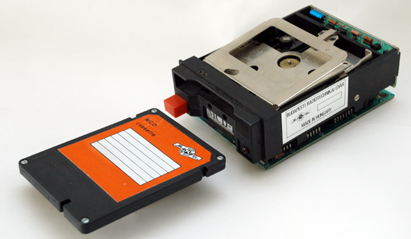 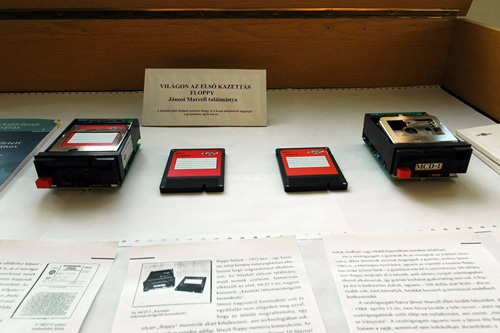 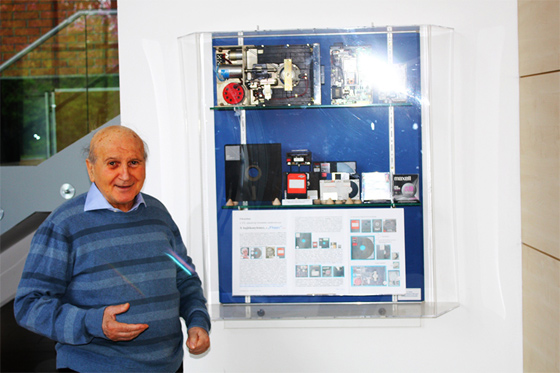 Here is a short video about Janosi and his invention, but it is Hungarian. Dr. Laszlo Kutor talks about the history of floppys and he mentions the MCD-1.

If you would like to read the original technical manual: (English)

A collection of articles: (English)

In this directory you can check the things above and also some other articles, pictures and Janosi's CV:

If you can speak the beautiful Hungarian language then you can try these articles, too:

Jánosi worked as a chief constructor of magnetic technology at the Budapest Radio-technology Factory. Among other things, He designed reel-to-reel tape recorders and later designed cassette tape recorders. His co operational work was to design data tape recorders for the Swedish Luxor ABC-80 computers. The successful cooperation had a spectacular result: the ABC-80 arrived in Hungary at the very beginning of the 80’s bearing the name BRG ABC-80. Marcell Jánosi continued working as an engineer after the MCD-1: his last successful project was a miniature engine designed and made for LEGO games.

If you have a story or a funny thing to share, please let me know!